Book a consult
We are now offering virtual therapy to new and existing clients. Learn More.

June 2nd marks World Action Eating Disorders Day, a grassroots movement created by people impacted by this illness. This year’s theme, “Eating Disorders Cannot Afford to Wait,” is an opportunity to raise awareness about the pervasiveness of eating disorders and to advocate for resources and policy change. Across the globe, nonprofit organizations and other research institutions will unite with activists as people share their stories of hope and recovery from this illness, inspiring others to let their voices be heard.

What are eating disorders and how common are they?

We live in a society where there is no shortage of focus on food, weight, and shape. This hyperfocus on physical appearance is very much normalized via “thinspo” and “fitspo” accounts on social media and other web-based outlets. It is difficult to scroll through Instagram or Facebook without seeing the before vs after photos of someone’s weight loss journey or hearing about a new beauty product.

For some, this preoccupation with body image may be fleeting, while for others, enduring and potentially fatal. According to a study by Hudson, Hiripi, Pope and Kessler (2007), upwards of 30 million people in the United States will suffer from an eating disorder, and nearly 70 percent will not seek treatment due to stigma. Although this statistic is unarguably high, it reflects those diagnosed with a clinically significant eating disorder, and thus, the rate of subclinical conditions is most likely even higher.

I have heard countless clients articulate their apprehensions about pursuing formal care because their illness falls just beneath what would be considered clinically concerning, watching them justify their behaviors because such actions are promoted or reinforced by beauty as a social currency.

Eating disorders manifest differently. For instance, anorexia nervosa (AN) involves a pattern of restrictive eating and a fear of gaining weight, whereas bulimia nervosa (BN) is characterized by eating large quantities of food, followed by compensatory behaviors such as self-induced vomiting, laxatives, or excessive exercise. Also common is binge-eating disorder (BED), which is similar to BN minus the use of compensatory actions to prevent weight gain.

As someone who specializes in the treatment of eating disorders and also survived the illness, I can attest to the fact that, the longer a person suffers, the more deeply entrenched the eating disorder becomes. Regardless of the form one’s illness adopts, eating disorders can lead to functional impairment as well as medical complications, even death, sometimes resulting in extensive hospital admissions. For many, the disease permeates multiple facets of life, ultimately leading to social isolation and self-loathing, particularly when left untreated.

Eating disorders have a significant impact on mental health

People with eating disorders suffer at higher rates from conditions, such as depression, anxiety, or substance use, than unaffected members of the population. Although it is unclear whether eating disorders precede these forms of psychopathology, research shows that eating disorders are positively correlated with other mood and anxiety-related disorders. As a result, treating an eating disorder often entails multidimensional treatment that targets, not only a person’s problematic relationship with food and weight, but also other mental-health issues that may inform the primary presenting concern.

The Impact of COVID-19 EDs

There is no doubt that the recent pandemic’s impact on mental health has been profound. A recent article in the San Francisco Chronicle reported that, according to Census Bureau data, one-third of Americans now show signs of anxiety or depression. According to the National Eating Disorders Association (NEDA) Helpline, chat queries increased by 83 percent between April of 2019 and April 2020. I have also seen an increase in mental health concerns, specifically those related to body image and food-related concerns. Although there is no one root cause to explain the increase in eating disorders and body image dissatisfaction during this time, there are several theories as to why this might occur:

Shelter-in-place interferes with routines, many of which are important for maintaining recovery. For instance, yoga and other forms of group physical activity are common coping mechanisms for people in recovery, and although individuals may still partake virtually, it does not always yield the same fulfillment as being in a physical space with others. One of my clients described their experience as follows: “COVID stole all the ways I coped with the eating disorder. I can’t go over to a friend’s house when I am struggling. I can’t comfortably go for a walk or run to release endorphins. I am stuck sitting at home, battling the voice alone and sometimes I barely win the fight.”

Eating disorders thrive in secrecy and isolation and although social distancing does not translate to social isolation, the decrease in regular social engagement can contribute to increased psychological stress. During my recovery process accountability was key, whether that meant checking in with a therapist, friends, or family, I needed that support to stay the course. Although online gatherings are earning popularity, they do not suffice for human-to-human contact. Many of my clients find solace in eating with others, sometimes via a structured meal group and other times casually with coworkers. Either way, eating with others allows sufferers to challenge their own food misconceptions by way of modeling their food selections according to people who have a more normalized relationship with food. This too has become compromised, leaving them to confront the eating disorder alone each time they sit down to eat.

3) Food Scarcity as a Trigger

Many people with anorexia eat according to a narrow group of foods, sometimes demonstrating inflexibility when those foods are unavailable. Oftentimes, foods that are best-suited for sheltering in place (ie, non perishable items) are fear foods for someone struggling with an eating disorder. As a result, some people will abstain from eating entirely, unless those items become available. When the pandemic first began, I remember walking into my local grocery store, noticing the empty shelves, and thinking “What happened to all my go-to foods?” Although I consider myself to be fully recovered, I had a moment of concern when I realized that my typical meals might not be an option anymore.

For many of my clients, the difficulty involved with retrieving healthy foods, at the same frequency as before COVID-19, has proven distressing, emotionally and physically. Some individuals have voiced a tendency to hoard food, subsequently leading to feelings of guilt and activating urges to binge and purge, while others avoid grocery stores altogether because of the overwhelming anxiety from not being able to access “safe” foods.

Since shelter-in-place began, Instagram and Facebook accounts have been filled with advertisements promoting diet and exercise routines to guard against the perceived, inevitable weight gain that is the “quarantine-15.” For some, these comments are in jest and for others they capitalize on an overwhelming fear of weight gain and physical changes and reinforce urges to excessively exercise, restrict caloric intake, or engage in other destructive compensatory behaviors.

It’s all about food!

There is a misconception that eating disorders are all about food and clients often express frustration about the fact that friends and loved ones will typically say, “why can’t you just eat?” But eating disorders are much more than that; they are a disease that takes hold of the individual with a really intense grasp.

For many people, struggles with disordered eating are a manifestation of something deeper, whether it is a sense of loss of control and therefore a need to regain control, or a way to disconnect from a distressing state. When someone restricts their caloric intake, their body is so focused on maintaining a place of medical homeostasis that the person doesn’t have any energy left over to pay attention to whatever external or internal stressor was occurring. In other words, it provides an escape and a sense of reprieve from suffering.

Another misconception is that eating disorders are a female problem. This could not be further from the truth.

Eating disorders do not discriminate according to gender, sexual orientation, race or ethnicity. According to a study by Mond, Mitchison, and Hay (2014) males represent 25% of individuals with anorexia. Because people believe that this is primarily a woman’s disease, many men either do not seek treatment due to the stigma associated with doing so, or are not screened sufficiently for symptoms.

If you aren’t malnourished you can’t be that sick.

Although someone with an eating disorder can be underweight, the number on a scale is not necessarily an accurate portrayal of the severity of the disease. In fact, many people with eating disorders may appear physically healthy. Believing that you have to look a certain way in order to be sick, perpetuates the idea “I don’t look sick, so I can’t be that bad and therefore don’t need/deserve treatment.”

You never fully recover from an eating disorder.

As someone who suffered from an eating disorder for nearly a decade and now specializes in treating these conditions, I can attest to the fact that full recovery is absolutely possible and worth the fight. Recovery takes patience, time, and self-compassion and that process looks differently for everyone. I think that believing you will always be sick perpetuates the illness.

What to do if you, or someone you know, is struggling?

Regardless of whether someone is struggling from a clinically significant eating disorder or subthreshold disordered eating tendencies, seeking professional treatment is an important first step. Left untreated, eating disorders can lead to life-long consequences.

Although some of these ramifications may be physically visible, the emotional suffering can feel insurmountable and take an equal, if not greater toll on an individual’s wellbeing. There is not a one-size-fits-all approach to treatment and it is important to remember that one person’s pursuit of recovery may look very different from another. That said, connecting with a clinical provider, whether a therapist or physician, is the first step towards regaining control over one’s life. The longer disordered eating patterns persist, the more ingrained they become neurobiologically.

When I decided at twelve years old that I wanted to change my physical appearance, I never anticipated the grasp that it would take and the ways it would jeopardize my relationships with others and with myself. Without the support of family, friends and recovery mentors, I would, not only have succumbed to the illness entirely, but I would not have the honor of supporting and guiding others as they navigate back to a life worth living. Taking that first step might be the scariest thing you do, but it will also be the most worthwhile act of self-love.

If you or someone you know is seeking mental health care, you can reach out to our Care Coordination team at [email protected] or by phone at (415) 202-5159. 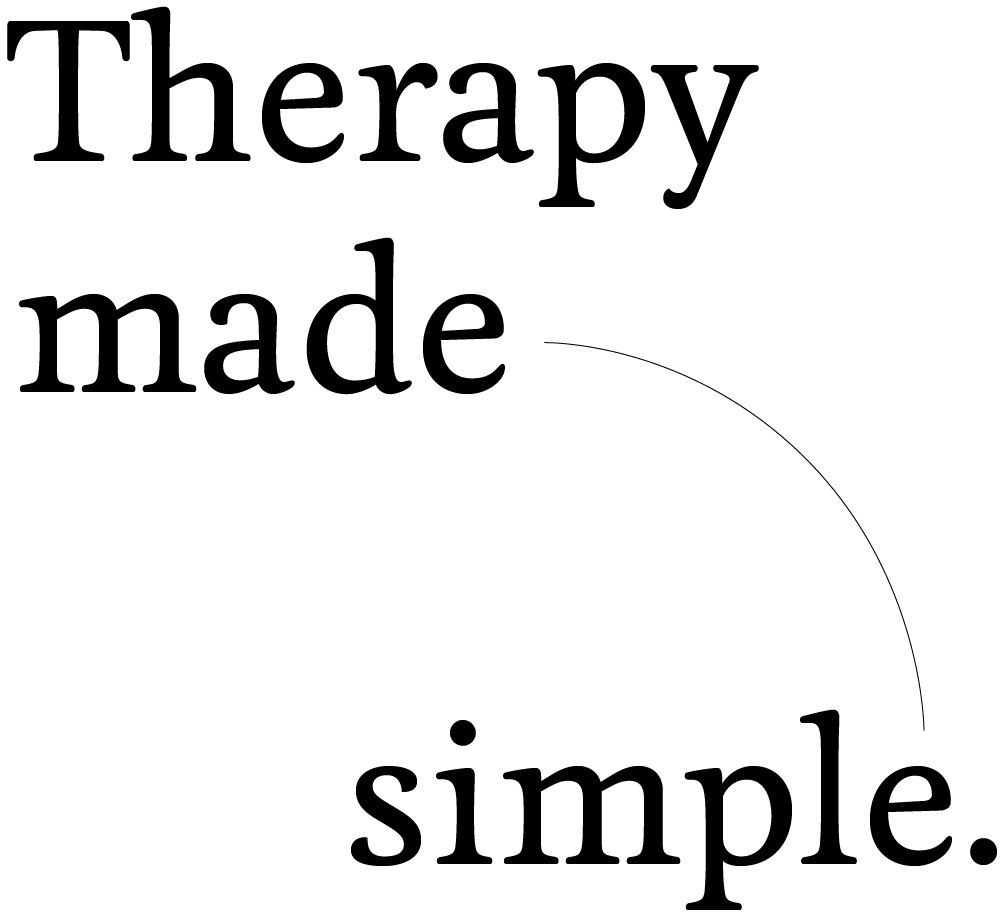