We offer an in-depth and highly personalized matching process for individual therapy. Here’s what you need to know before we begin.

This is a 45 min, virtual matching appointment for individual therapy.

The matching appointment is $169, satisfaction guaranteed.

You can reschedule, or cancel and get a full refund on your appointment, with 48 hour notice. Full policy.

You must be 18+ years old and a California resident.

CONTINUE
Not quite ready?

My Path to Seeking Racial Justice in Mental Health Care 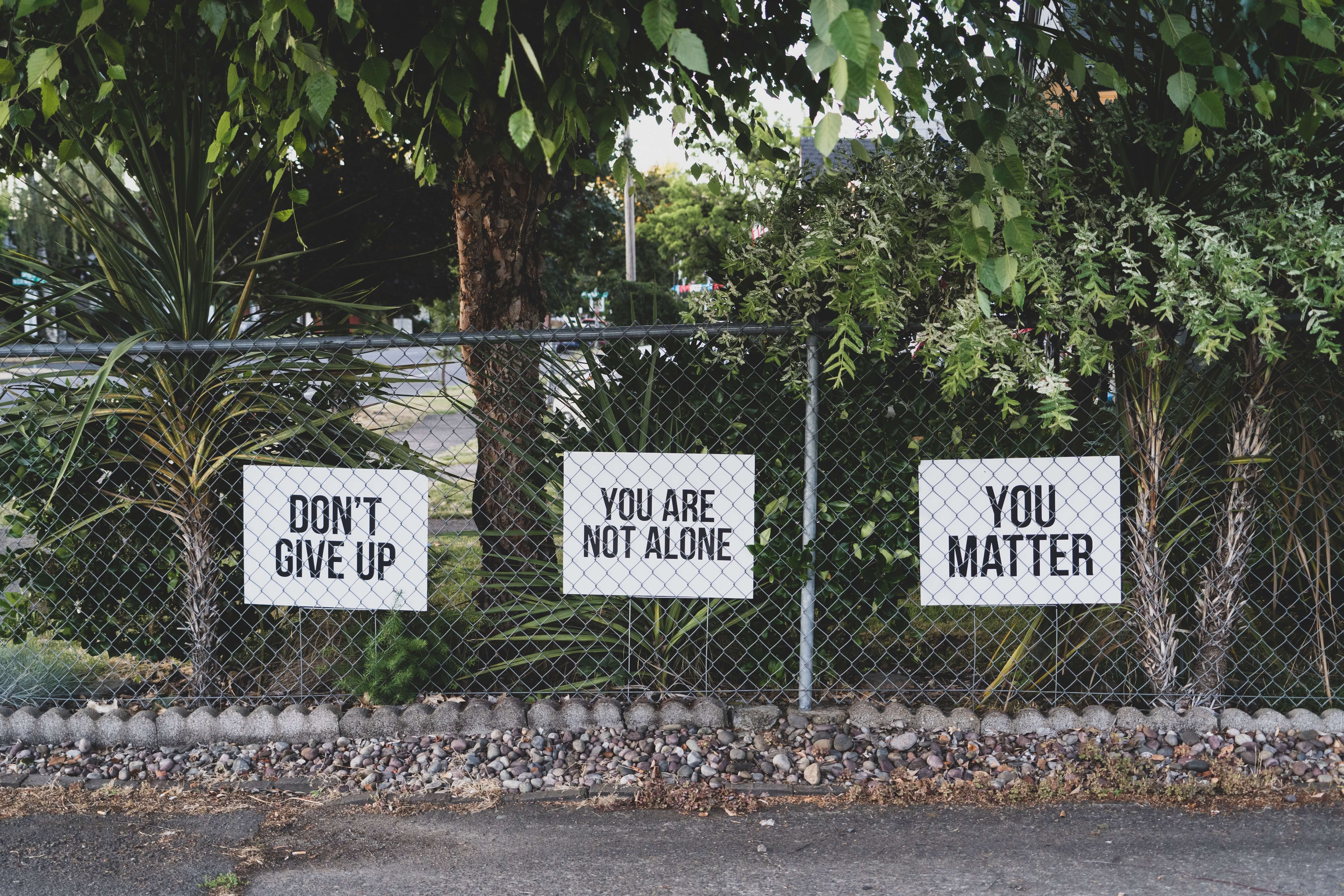 I grew up in an unstable home. I’ll spare you the details that define “unstable,” but as an adult, it became more apparent that I didn't go through what most kids went through.

As I grew into my teenage years, I started having more problems with relationships and my own mental health. I would try to talk to my family about it, but it always turned into arguments, and they would leave me with nothing but deeply embedded shame.

You see, therapy wasn’t an option for us. Not because we didn’t know it was available, but as Latinx people, we have always felt like we didn’t need anyone except our family and I believed that for the majority of my life. I also had an inability to explain unhealthy dynamics that happen in many Latinx communities. I was only a kid.

So I would sit in my own sorrow—depressed, anxious, angry, sad, suicidal—and I wouldn’t tell anyone.

Jenica Ottero, PsyD, Two Chairs Therapist, lays out some of the realities that BIPOC groups may face, even when they do decide to seek out care. “BIPOC individuals are less likely to receive diagnosis and treatment for their mental illness, have less access to mental health services, and often receive a poorer quality of mental health care (U.S. Dept Health & Human Services, OMH, June 2020). BIPOC individuals are also more likely to be misdiagnosed and over-pathologized due to systemic racism and failures on the part of mental health providers in recognizing and treating these aspects of BIPOC's presenting problems. It is crucial for the wellbeing of so many people that we stop over-pathologizing reactions to racial trauma, and we address what is at the root of BIPOC's symptoms: rampant and deep seeded systemic racism, capitalism and white supremacy, and resulting intergenerational trauma.”

My mother always knew what was best, and even if she didn’t say this directly, she knew we would never get the same treatment as the other kids did. Maybe because she was never able to receive the help she needed as she fought her way through the darkest parts of her life.

And as unfair as it was that we could potentially be mis-diagnosed or mistreated for mental illness, my family was just happy to be in America, “The Land of Opportunity.” This made it easier to continue putting our own mental health on the back-burner, especially my mom.

The history of mental health among the BIPOC community is directly connected to racism in the United States. In the 1700’s, a man named Benjamin Rush, also known as the “Father of American Psychiatry” began misdiagnosing Black people with an affliction called “Negritude.” This “disorder” was to say that Black people were suffering from a form of leprosy in which the only cure was to become white.

In 1851, an American physician named Samuel Cartwright created a false illness for slaves who fled captivity, stating that this disorder was a direct consequence of slave owners who, “made themselves too familiar with the slaves, treating them as equals.”

The commonality between mental health and BIPOC people is that marginalized folks have been viewed as ‘lesser than’ for centuries, and since the majority of mental health professionals are white, it makes it extremely difficult for BIPOC to get the help they deserve and need. It is extremely difficult for BIPOC to connect with mental health professionals when systemic racism and implicit biases are met as soon as the client walks through that office door.

Two Chairs Therapist Nami Doshi, PhD, shared, “As racial and ethnic minorities continue to make up a large part of our population, it is important for us to understand the distinctive mental health needs of diverse communities so as to be able to advocate for their mental health awareness and treatment. As someone who is part of the South Asian American community, I recognize how societal discomfort or stigma around mental illness can be a barrier to initiating care. For this reason, it is imperative that minorities have access to mental health providers who understand the specific needs of their communities to make the process of seeking support feel safer.”

When treating BIPOC folks, there are unique barriers that different groups face in order to get the mental health assistance they need. For example, Asian Americans face a pressure to present the 'model minority' facade, which makes seeking a therapist even more difficult.

Tina Aggarwal, LMFT, from Two Chairs’ Redwood City clinic, says that “The pressure of keeping up the ‘model minority’ facade within the Asian community and the stigma of mental health in general prevents many Asians from reaching out for help when they are struggling with mental health issues. Studies show that Asian-Americans are 3 times less likely to reach out for mental health services in comparison to their white counterparts. Many Asian-Americans struggle in silence and do not want to bring shame to their family honor.”

Or Black folks who are re-experiencing trauma every single day, simply by living in America:

“The acceptance of mental health within the Black community has been a long time coming. Now, more than ever it is important to recognize and understand that our struggle as a people has negatively impacted our psyches for generations. Intergenerational trauma is real, and finally we have the opportunity to stop the transmission of the long-standing damage it has caused. We can no longer neglect our emotional well-being or sacrifice ourselves for others. Now is the perfect time to focus on the psychological healing that is needed.”

In order for BIPOC to get the help and assistance they need, there must be a Client Centered Approach, which means the client is the expert, not the therapist. White mental health professionals will never understand the unique experiences of BIPOC, so clients need the space and psychological safety to share those experiences and receive validation from them.

Furthermore, it is no surprise that our healthcare system was built around the ableness and privilege of white people, once again disregarding the humanity of BIPOC folks. If we are to become better allies and mental health professionals, we must begin by humbling ourselves to empathizing with a lens that is much different than our own eyesight.

Payton Somers, LPCC, shares in this sentiment: “Not only during this month of July, but every other month as well, it is of paramount importance that we, as mental health professionals, raise awareness of the effects of racism and racial trauma on those who hold minority status as a part of their identity. While nearly one in five U.S. adults lives with mental illness, racial minorities are disproportionately impacted due to their lived experiences navigating life in a country founded on white supremacy. I deeply believe in mental health care as an integral source of support in combating prevailing systems of oppression. Justice in healthcare, and in mental healthcare specifically, is essential to racial justice.”

As we continue to march the streets in protest for Black Lives Matter, for Indigenous people, for Migrants, for Asian Americans, for Latinx people, for whichever color or gender we present and identify with, we must remain aware and fight for the rights that were so freely given to white cis people. BIPOC deserve specific mental health assistance that is distinct to their needs. If we believe in allyship, and equity, we must meet BIPOC where they are at, or rather, bring them to where WE are through sacrifice, unlearning, and learning.

As a therapist, I can empathize with the discomfort that many mental health professionals sense as we enter a world that is vastly different than our own.

But imagine living in a world full of racism, full of discomfort and inequality, where everything feels like a misunderstanding or feels like it was never yours to be a part of.

If we are truly, “The Land of Opportunity,” it begins with giving BIPOC real opportunities, and that includes mental health services that are specific to BIPOC needs.

“Anything that’s human is mentionable, and anything that is mentionable can be more manageable. When we can talk about our feelings, they become less overwhelming, less upsetting, and less scary.”

If you or someone you know is seeking mental health care, you can reach out to our Care Coordination team at support@twochairs.com or by phone at (415) 202-5159.

We are building a world where everyone has access to exceptional mental health care.

We currently provide therapy in-person and virtually in California and Washington.

About Us
Careers
For Health Plans
Refer To Us

If you or someone you know is experiencing an emergency or crisis and needs immediate help, call 911 or go to the nearest emergency room. Additional crisis resources can be found here.